You don't have any saved vehicles!

Look for this link on your favorites:

Once you've saved some vehicles, you can view them here at any time.

WE LOVE YA, WE NEED YA!
Stanley Auto Group has served Brownfield for almost a decade. We are excited about Stanley Chrysler Dodge Jeep Ram Brownfield being one of our newest stores, helping Andrews, Eastland, Sweetwater and West Texas drivers find a new Chrysler, Dodge, Jeep, or RAM vehicle or even a pre-owned vehicle.
MENU

CALL US FIND US

The Music History of Lubbock, TX

Lubbock, TX has a long history of producing ground-breaking music acts, from those that get local toes tapping to artists who have dominated the world stage in every genre from opera to rock. Explore the impact of Lubbock musicians on the cultural world and learn about a hometown hero taken too soon.

From the early days of Texas, music has been an integral part of the area’s culture. Check out the highlights:

However, it was a hometown boy who would really put Lubbock on the map with a unique sound all his own.

Buddy Holly and His Legacy

Buddy Holly was born in Lubbock in 1936 to a music-loving family that inspired him to create and perform tunes of his own. As a young man, Holly gained notoriety first in Texas then around the world for his unique “stuttering vocals” and upbeat style, as well as his signature look.

Holly’s career in music spanned just four years, but he left behind enough material to release new music for a decade after his death, influencing an entire generation of musicians that would never have the chance to hear him perform live:

This continuing tradition cemented his legacy and secured his place in the hearts of Lubbock residents.

In addition to the Buddy Holly Center, organizations such as the Western Heritage Museum in Hobbs (check out the great parks around town if you visit) celebrate the music, art, and culture of the area. But that isn’t all. Lubbock is also home to a thriving nightlife that brings world-renowned artists like Blake Shelton to the stage and puts the culture of West Texas on full display every night.

There is so much more to Lubbock’s music scene than we can list here. To learn more, visit Lubbock’s own travel website. For recommendations, contact us to explore the rich musical history of Texas on your own.

More from Our Blog

0 comment(s) so far on The Music History of Lubbock, TX

You don't have any saved vehicles!

Look for this link on your favorites:

Once you've saved some vehicles, you can view them here at any time. 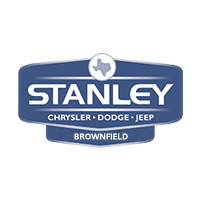